In what is commonly referred to as the "heart of America," Omaha, Nebraska lies in the middle of the country, but that doesn't mean that it's all farmland and corn. With a state slogan of "Nebraska Nice," Omaha, Nebraska is genuinely a nice place to visit, or stay awhile as a traveling healthcare professional.

Things to know about living in Omaha

Omaha is the largest city in Nebraska covering 144.6 mi² with a population of 840,000+ residents (in the Omaha metro area). As of 2020, Omaha experienced a 19 percent growth in one decade, showing that there's both social and professional opportunity in the city. From the quaint neighborhoods that make Omaha unique, to the growing restaurant scene, and museums showcasing art and history of the state, Omaha is the perfect city to explore for a few weeks or months. While it isn't the biggest city in the Midwest, it’s one of the most down to earth places with beautiful landscapes, wide open spaces, and an affordable cost of living.

If you’ve come across this post, chances are you’re either on your way to Omaha for your next travel healthcare assignment, you’ve just arrived, or you’ve completed your traveler profile and you’re browsing Fusion Marketplace for jobs in the city. Our goal at Fusion Marketplace is to ensure an easy transition to your next assignment, giving you all the tools and resources that you need to be successful. With that, here’s a complete guide of Omaha so you can do what you’ve been hired to do: take care of patients and most importantly, have fun on your days off.

When should you take an assignment in Omaha?

Nebraska experiences all four seasons, so the best time to come to Omaha is whenever the weather is ideal for you! Of course, there are tons of exciting things to do in the summer months with the College World Series, Jazz on the Green, and the ability to raft down the Elkhorn River. But there are other activities to be excited about year-round like Vala's Pumpkin Patch in the fall, Christmas plays in the winter, and more.

Where should you live in Omaha?

There are tons of great neighborhoods in Omaha. To choose the best living option for you, you first need to answer a few questions:

Once you've answered these questions, you're ready to pick an area to live in!

Also known as Elmwood Park, Aksarben Village is central to many hospitals in the city and in the middle of Omaha. It has recently started to grow in the past 5-10 years and now has tons of great bars, restaurants, and other activities.

If you're looking for a lively neighborhood to live in, Benson would be it. Not only are there great bars and restaurants in Benson, but the area attracts a younger crowd, making it a great place to go out and meet new people.

A recently revitalized neighborhood in the heart of Omaha, the Blackstone District lives between downtown and West Omaha. It’s a fresh new neighborhood that has brought incredible dining experiences and fun bars to an otherwise quiet and rundown part of town. In Blackstone you'll find a part of town that young professionals flock to after work hours. Offering a diverse number of new restaurants, bars, and even private karaoke rooms, the Blackstone District in Omaha should be considered if you're working in the city.

Dundee is a quiet, historic neighborhood, west of downtown. It's famous for being where Warren Buffet has a house, and there are great bars and neighborhoods in the area. Dundee is also a great place for families, as it's a bit quieter, but still has a lot of fun places to hang out at and a down-to-earth feel.

Another great place to live is Downtown Omaha. Of course, downtown is where you'll have the most things to do. With boutique shopping, parks, bars, restaurants, the riverwalk, and more, downtown has it all. Plus, Downtown Omaha is close to the airport and within close distance of many of the hospitals in Omaha.

Where to find housing

Fusion Marketplace has teamed up with Furnished Finder to bring you the best options when choosing housing. Now, when you search for a job on Fusion Marketplace, you can easily search for housing options for the city you're traveling to. Getting set up for your assignment has never been easier!

Should you bring a car to Omaha? 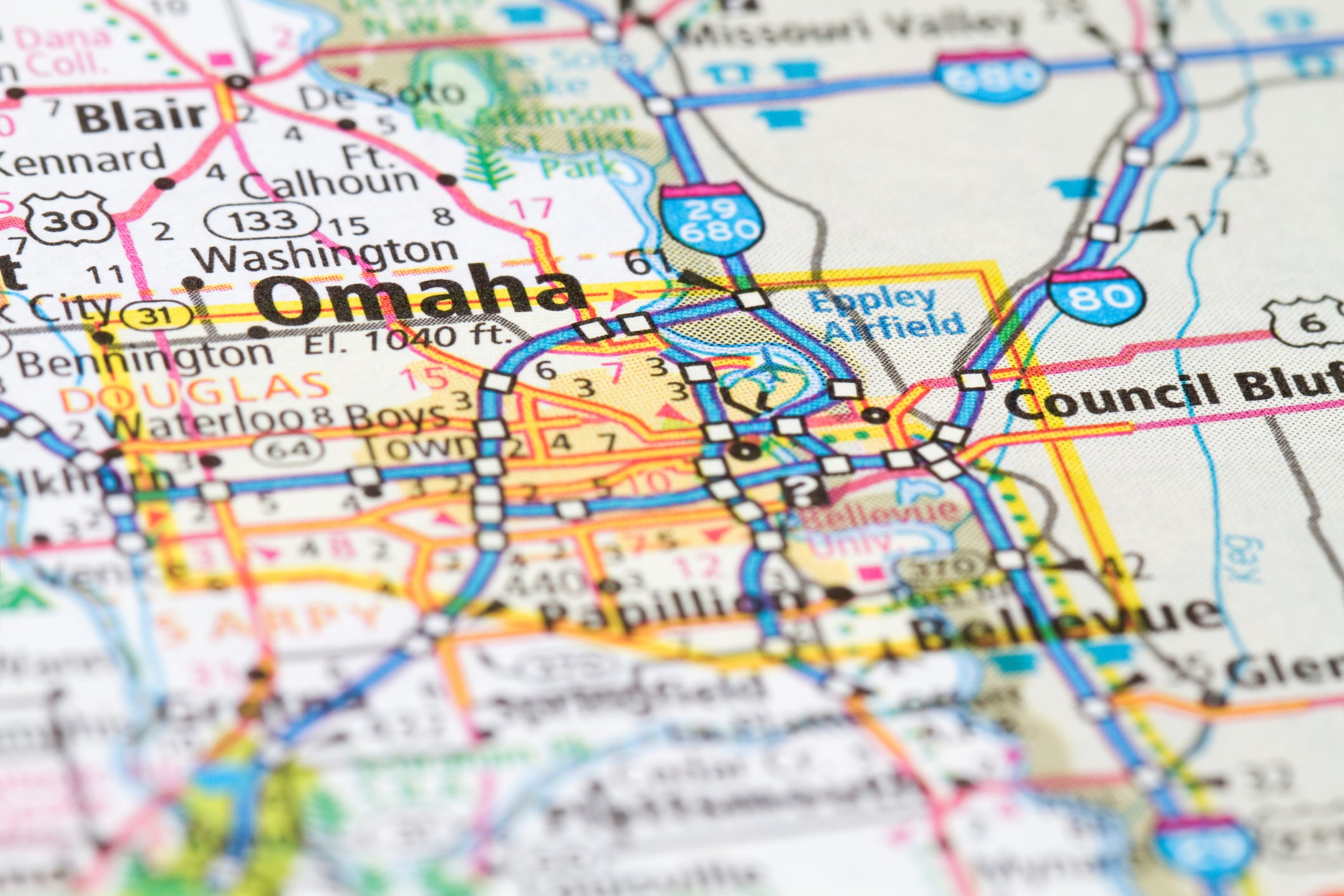 It is highly suggested that every healthcare traveler brings a car to Omaha. Not only is public transportation almost non-existent, but even rideshares are difficult to come by in certain neighborhoods and at certain times of the day. Plus, the good news about having a car in Omaha is that parking is easy to come by, and most hospitals in the city offer free (or very affordable) parking to employees.

Whether or not you have a car, you'll want to make sure you have Lyft and Uber downloaded on your phone to easily request a ride when needed.

If you're planning to come to Omaha with an RV, there are many parks that you can park at that are in or close to the city like:

Cost of living in Omaha

Things to do in Omaha 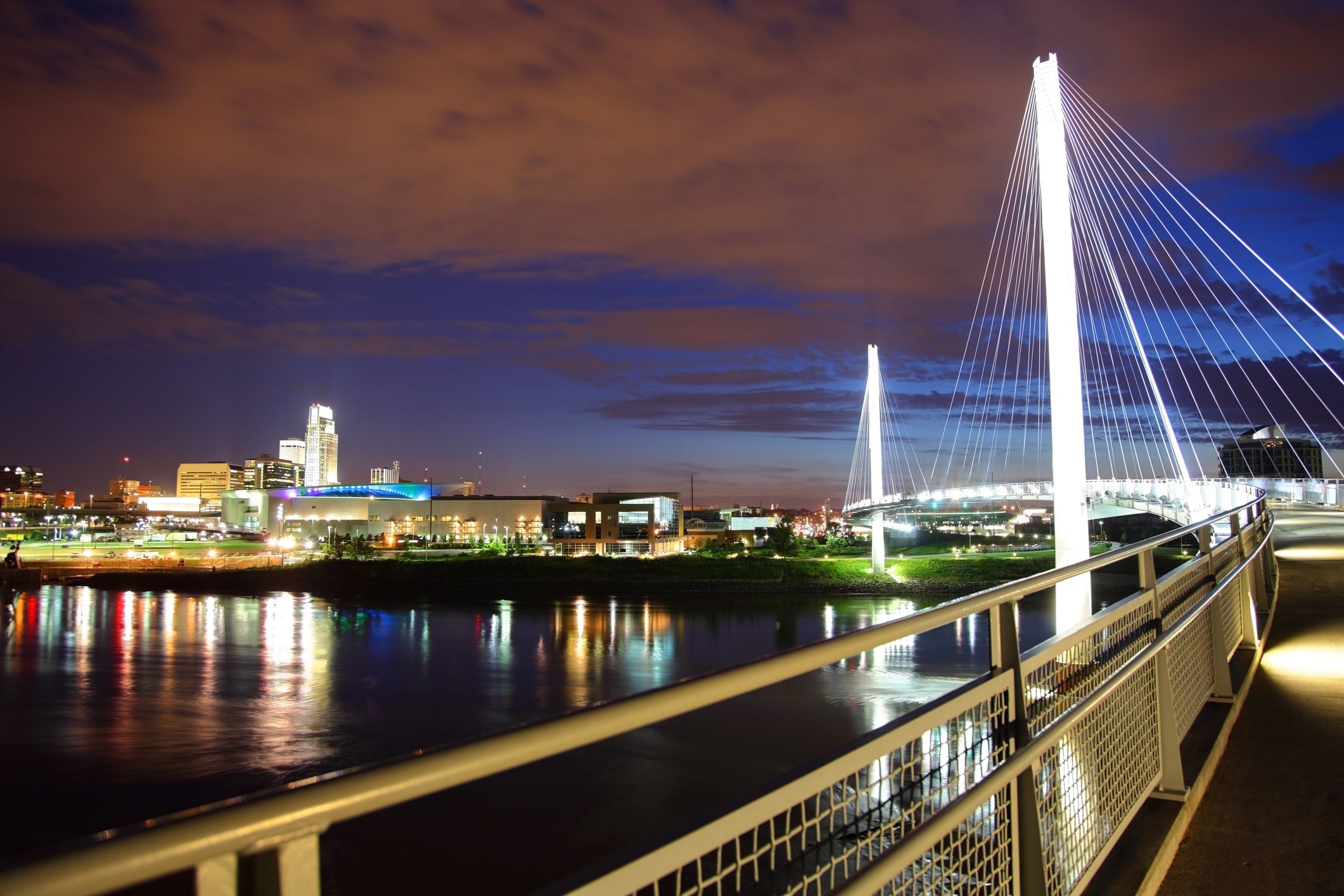 Located in Downtown Omaha, the Bob Kerry Pedestrian Bridge spans 3,000 feet across the Missouri River, connecting Nebraska and Iowa. As you walk across the bridge, you'll notice that there's an area you can be in two states at once as you straddle the border between Nebraska and Iowa.

If you happen to be a healthcare traveler in Omaha in the month of June, you're in luck! Every year the baseball College World Series comes to Omaha, making it one of the most fun activities of the year. The College World Series runs for about two weeks and is located downtown at Charles Schwab Field.

One of the largest attractions in Omaha, and a highlight for any visitor, is Omaha's Henry Doorly Zoo and Aquarium. The Omaha Zoo originally started out as a "park" in 1894 (first obtaining animals in 1895) and has since grown to contain over 17,000 animals over 130 acres of land. As of 2018, the Henry Doorly Zoo was the ninth largest zoo in the United States.

The Old Market is a quaint area occupying part of Downtown Omaha with cobblestones streets, boutique shops, bars, restaurants, and more. This is a great area to explore and showcases just how lively Omaha can be. 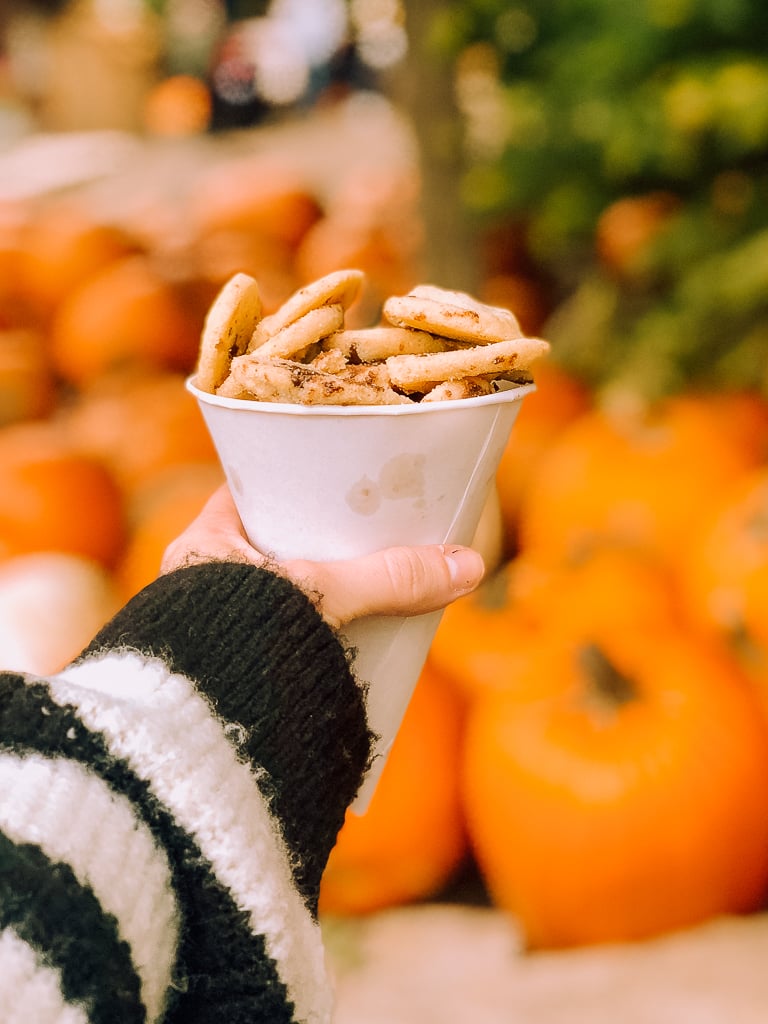 If you're traveling to Omaha in the fall, then you can't miss visiting Vala's Pumpkin Patch. Vala's Pumpkin Patch has been open for 35+ years and is a great, family-friendly fall activity just outside of Omaha in Gretna. But Vala's is more than just a pumpkin patch; it also has an apple orchard, playgrounds for kids, tons of great places to get food, and haunted houses. It’s an activity for people of all ages to enjoy and it’s truly one of the highlights of fall in Nebraska.

Bars and restaurants in Omaha

One of the best things about visiting new places is getting to taste the local food scene. Luckily, Omaha has some pretty great bars and restaurants, and both are ever-growing. It seems that every time we turn our heads, something new has popped up! Listed below you'll find the best places to eat and drink when you're in Omaha.

Our goal at Fusion Marketplace is to ensure an easy transition into the traveling healthcare world. We hope that if you're thinking about taking an assignment in Omaha, you feel prepared. As always, a recruiter is only one call away to help answer any questions you may have and get you ready to submit to your next assignment.

Hi friends! I’m Kylee, an avid traveler, NICU nurse, and creator of the “8 Day Vacay”. My goal is to reach nurses everywhere and advocate for the prevention of nurse burnout by traveling. I act as a resource for nurses who are looking to spend time away from the bedside and experience the thrill of traveling to both near and far destinations. Whether you have one day or eight, I encourage you to take advantage of our unique career, one that offers an abundance of time off from work.

Benefits of Working as a Healthcare Traveler in the Pacific Northwest

Guide to Navigating Holidays as a Travel Nurse

Holiday travel as a professional healthcare traveler can be bittersweet. On one hand, you’re helping make sure perm staff can take the holidays off, as well as improving patient lives. On the other hand, you may not experience the satisfaction of opening presents on Christmas morning or lighting the menorah each night of Hanukkah with your family and loved ones. Sure, there may be some challenges to holiday travel, but it can be well worth it. Here’s a guide to scheduling assignments around the holidays and making the most out of holiday shifts.

It’s that time of year again: when the weather gets colder and cases of the common cold, influenza, COVID-19, and other seasonal respiratory illnesses increase. Experts are warning of a potential “tridemic”, or simultaneous surges in COVID-19, influenza, and RSV. Children’s hospitals are filling up with cases of respiratory illnesses much earlier in the season than normal, and the nationwide surge of RSV is catching hospitals by surprise. Following these surges is a demand for respiratory and cardiopulmonary healthcare professionals equipped to treat these illnesses. Check out this list of healthcare jobs most in demand during the uptick of seasonal respiratory illnesses.